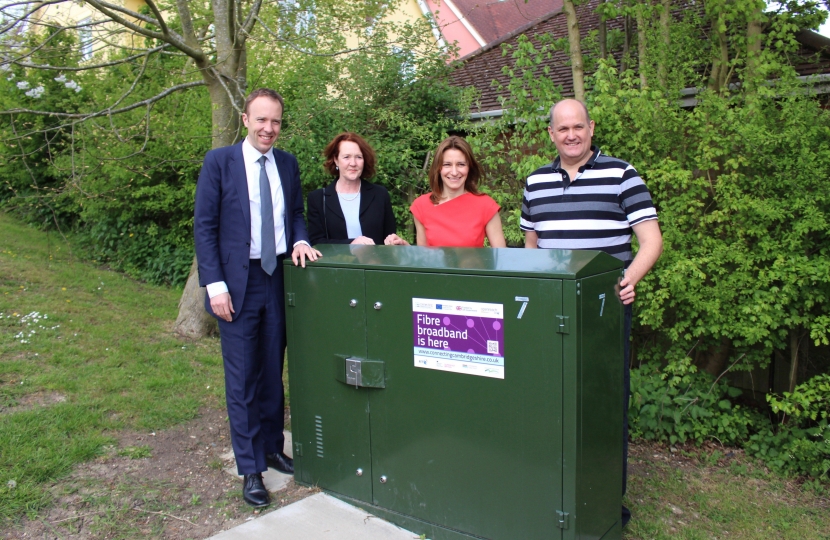 In her weekly column for Ely News, Lucy Frazer, MP for South East Cambridgeshire, talks about the surprise election and why it matters.

Well, who guessed it? Definitely not me.  Only a day before the election was called I was telling people I met that the Prime Minister would not call a snap general election.  Only fifteen minutes before her announcement on the steps of Downing Street I and many colleagues were doubting that it would happen.  But it did.

And reflecting on it now, it is clear why the Prime Minister has called an election.  She has done so because we need to strengthen the Government’s negotiating hand in Europe and an election is the only way to ensure that we have strong leadership, certainty and stability for the next five years.

Without going into politics (as this column is no place for that) I do think it is right to re-iterate the importance of voting. Whoever you vote for. Because elections matter.

When I was standing for election two years ago I had a remarkable young man of 17 helping me on the campaign trail.  He was studying politics at Long Road. He said that when he had been asked to define politics in his class his definition was 'politics is everything'.  And it is. It touches every part of our lives.  From how we fund our schools, build our roads, to how we defend our nation. Whatever party we vote for it is important that we all exercise our right to vote. I would urge everyone to use their democratic right to decide how our country will be run over the next five years.

P.S. This week I was pleased to welcome the Soham Staploe Rotary Club to Westminster and I must say a big thank you to all who came along to West Wickham last week to meet with myself and the Minister responsible for Digital and Culture, Matt Hancock, to mark the progress being made with the roll out of superfast broadband now covering 94% of the constituency.