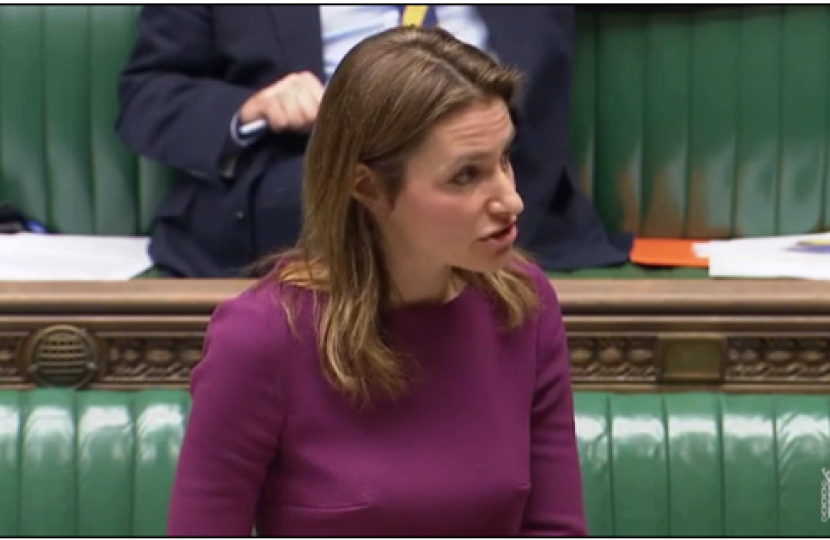 Children as young as 6 are being taught in schools about the significance of their digital footprint.  Many secondary school pupils don't fully appreciate the implications of sharing explicit photos and videos.

Dangers that we never dreamt of growing up in the 70’s and 80’s loom large. We realise now that we need to take these dangers seriously.  We, who may not understand the online world as well as our children do, need to understand the issues. They, too, need to be better educated. It is also clear that more stringent measures are needed to better protect our children online.

The tragic story of 14 year old Molly Russell, who took her own life in 2017 after viewing disturbing content about suicide and self harm on social media has alarmed us all.

Provisional figures compiled by the Office for National Statistics are believed to show the suicide rate among 15 to 19 year olds is now five per 100,000 in England. This compares with just over three per 100,000 in 2010.

I have spoken out about the risks of social media on a number of occasions.  A couple of years ago, while sitting on the Education Select Committee,  I asked for more to be done to encourage social media platforms, search engines and blogging sites to signpost vulnerable users to accessible sources of information and support.  This has now come about and anyone typing ‘self harm’ or similar into various social media platforms will be directed to expert help.

At a Prime Minister’s Questions in October 2017, I raised concerns about terrorist material online and called for robust and enforceable legislation should the online providers not take responsibility for removing such content.

Most recently, when introducing the ‘upskirting bill’, in my role as Minister of Justice, I committed to working with the Law Commission to look at legislation in relation to the sharing of non-consensual intimate images.

Due to a changing culture amongst our youth and an unregulated social media, harmful content is in danger of becoming normalised. There have been fifteen voluntary codes of conduct agreed with platforms since 2008. The expectation has been that social media giants would do more to protect vulnerable youngsters, would take their responsibility seriously and would clamp down on inappropriate content.  They must do this.

Online safety is a top priority for the government. The Department for Digital, Culture, Media and Sport is currently looking at what powers can be taken to enforce providers to protect users from harm.

The Minister for Digital and Creative Industries, Margot James said in her speech at the Safer Internet Day conference a couple of weeks ago that  “we want to make the UK the safest place in the world to be online.”  She recognised that the current system “has relied far too little on the rule of law” and concluded that, “the government is determined to act so that we can all enjoy the huge benefits of new technology, without our children, and other vulnerable individuals, being put at risk of serious harm.”

The Minister’s words remind us that while focusing on the dangers, we mustn’t forget the benefits of the online world.  They are immeasurable.  But online providers must be held to account.   We need better regulation for sure.  We also need to take responsibility ourselves.  To teach ourselves and our children how to behave and how to take the right care online just as we do offline.