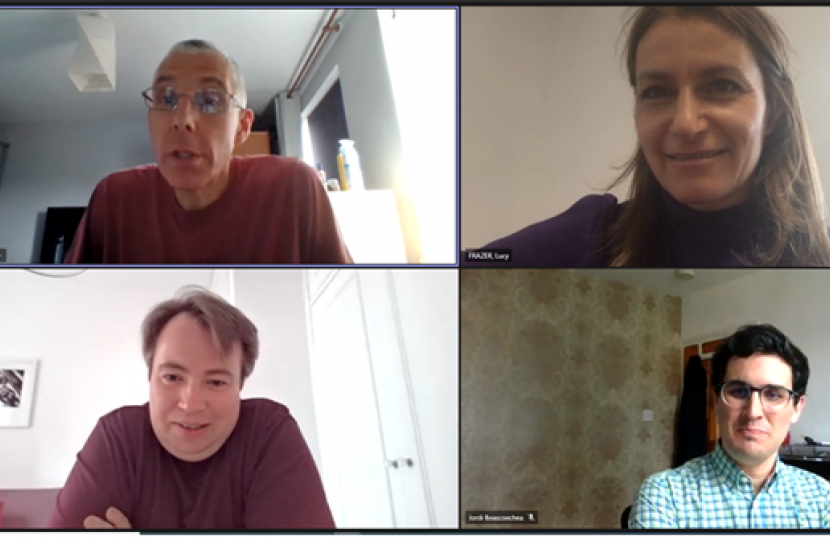 East West Rail’s non-statutory consultation which covers the overall customer experience and railway operations for East West Rail, as well as a range of infrastructure proposals - such as route alignments, stations and level crossings closes today.

Last week, I met with East West Rail’s Chief Executive, Simon Blanchflower and Strategy Director, Will Gallagher to set out my opposition to a proposed northern route into Cambridge, which they outlined as part of their non-statutory consultation, along with their favoured Southern route. I have also responded formally to their consultation to reaffirm my view.

As we build back better from the pandemic, East West Rail will better connect communities across the Oxford-Cambridge Arc, boost the region’s economy and deliver more job opportunities. In terms of the route, I share my constituents concerns about the potential destruction of homes in our community should a northern approach move forward, particularly as East West Rail estimate that this will impact between 39 and 84 properties, compared to 5 in its favoured southern approach. I am also concerned about the potential impact the northern route into Cambridge would have on the future viability of the project to extend East West Rail services eastwards beyond Cambridge and into my constituency in the future.

As part of my response, I have highlighted my support for East West Rail’s aim to become a Net Zero carbon railway by 2050, however, it is right that the potential for electrification on the line remains under active consideration and East West Rail should continue to investigate the latest emerging technologies. I will continue to push them on this as part of my engagement with the organisation over the coming years.

Soham Station continues to be on track for its opening in early December!