Petition to Dual the A10 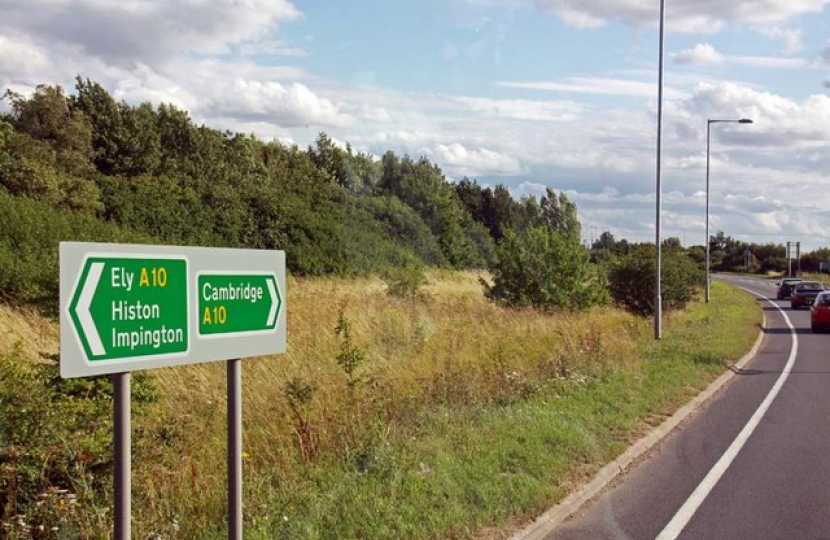 Cambridgeshire is one of the fastest growing economic regions in the country, and as such, improvements to the A10 are vital. It is crucial that our infrastructure keeps pace with other developments, and with significant new housing developments planned in Waterbeach, Ely and across the Cambridgeshire region, it is important that our local infrastructure and communities can withstand and support this anticipated influx of growth.

Since being elected as MP for South East Cambridgeshire, I have been consistently contacted by constituents with concerns about the delays and traffic on the A10. Residents of villages in the constituency have also expressed concern about their communities being used as a rat-runs by drivers to avoid the A10 at rush hour. Even with planned improvements to our rail links, including new stations at Soham and Waterbeach and substantial investment to encourage active travel, analysis shows that significant queuing and delays will remain on the A10.

The Cambridgeshire and Peterborough Combined Authority submitted a bid in 2019 to the government’s Large Local Majors Programme for funding for junction improvements on the A10. I was pleased that the Government announced at the Spring Budget in 2020 that the bid had been successful.

I have campaigned for many years to improve the A10. A petition on my website collected over a thousand signatures in favour of improvements to the road. I have also regularly raised the issue with ministers and officials at the Department for Transport as well as with the current and former Chancellor.

But the junctions are not the whole picture and I am pleased that the Combined Authority are working on plans to dual the road. Following their recent virtual consultation event, the Combined Authority plan to hold further face-to-face public meetings over the coming months. As part of the development plans, I know that the Mayor, James Palmer is conscious of the importance of the environment, and all potential options will be assessed against effect on traffic flow, junctions and other roads; social, economic and environmental impacts, and value for money.

It is my view that improvements to A10 can help bring about a better quality of life for residents across South East Cambridgeshire, as well as provide additional infrastructure to support our growing economy.

A Petition to Dual the A10