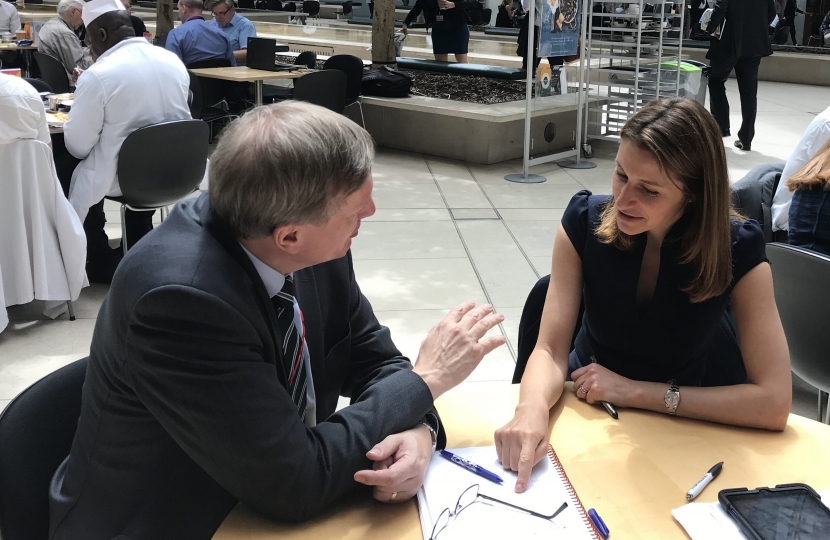 Govia Thameslink Railway Chief Operating Officer, Nick Brown, has confirmed that, following his meeting with Lucy Frazer MP, both the 08:45 train, run by GTR and the 08:54 train, run by Cross Country, will be designated as off-peak.

The MP has been pursuing Govia over recent months with regards to the change to the timing of the first off-peak Ely to Cambridge and also regarding the general disruption being caused all rail travellers on the network since the new timetable was introduced at the end of May.

Following disappointing responses from the rail operator to the MP's letters and phonecalls, Lucy called for a face to face meeting in which she pressed the case for an earlier off peak train from Ely.  This meeting has resulted in written confirmation that the trains in question are now designated as off peak.

Lucy acknowledged the part constituent Lauren Thomas played in driving the campaign and raising awareness.  She thanked Lauren and all the other constituents who took the time to write to her and speak to her about the impact of the changes and said, "I am grateful to Nick Brown for taking on board the concerns of my constituents and for acting so quickly, following our meeting, to remedy this particular problem. I am delighted that commuters from Ely who have depended on an off-peak service to get them into Cambridge by 09:30 for work, will once again pay an off-peak rate and I will continue my dialogue with Govia about the wider issues affecting the reliability of their current service which is causing so many problems for so many commuters."