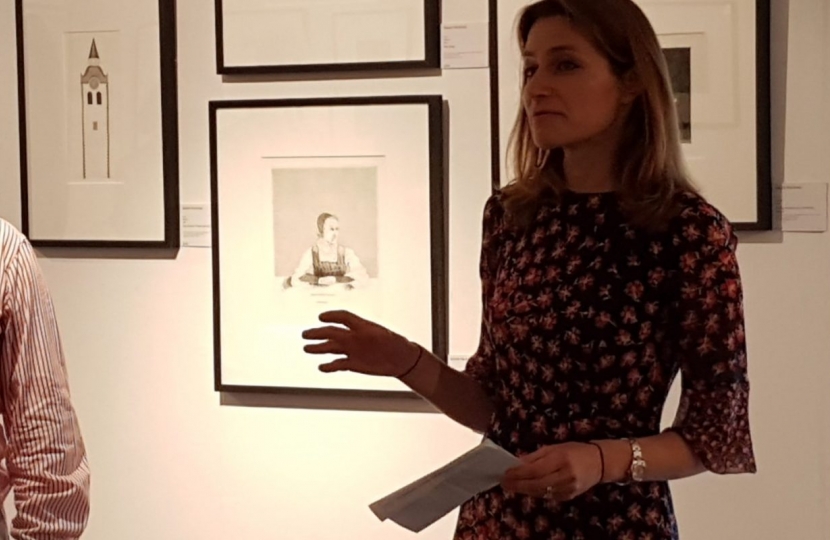 Last Friday was the anniversary of the death of my colleague, Jo Cox, who was murdered because she stood up for what she believed in and placed herself in the public eye by standing for office.

I think it is important to remember the person she was, what she stood for and the work she did and in so doing to give momentum to the causes she held dear.

Jo was passionate about tackling loneliness and bringing people together. She started work on a cross party campaign on loneliness before she was killed and earlier this year ‘The Jo Cox Commission on Loneliness’ was established in her memory. The commission works together with 13 charities including Age UK and Action for Children to come up with ideas for change and in the words of Jo’s sister aims to continue her legacy “by ridding society of loneliness one conversation at a time.”

The recent terror atrocities and the unimaginable tragedy of Grenfell Tower have unfortunately united our nation in grief in recent weeks but they have also brought us together in an effort to help those most in need. The spirit of community, the spirit of generosity, the courage and kindness of individuals, these are all values that Jo stood for. I feel sure that, in light of recent events, as well as deeply saddened, Jo would have been heartened by the way our nation has responded to horror by coming together and putting into practice the power of good to overcome evil.

Terror is designed to tear our communities apart. But whether at the vigil in Ely, organised by Spotted in Ely or the numerous village fetes I have attended and will attend in recent weeks, I am heartened by the way our community comes together.

I know that politicians are not always held in the highest of regards but as I look around my colleagues I know that they stood for election because they are driven by a desire to make our society better.

As the recent election highlighted, the younger generation, are now more politically engaged than ever and this is a great thing. I witnessed this engagement first hand last week when I was invited by Ely College to take part in their ‘Pledges and Futures Day.’ I had a wide ranging discussion with pupils aged 11-15 on the role that politics plays in our society and was even subjected to an Ely College edition of ‘Question Time’ with 200 very well informed pupils!