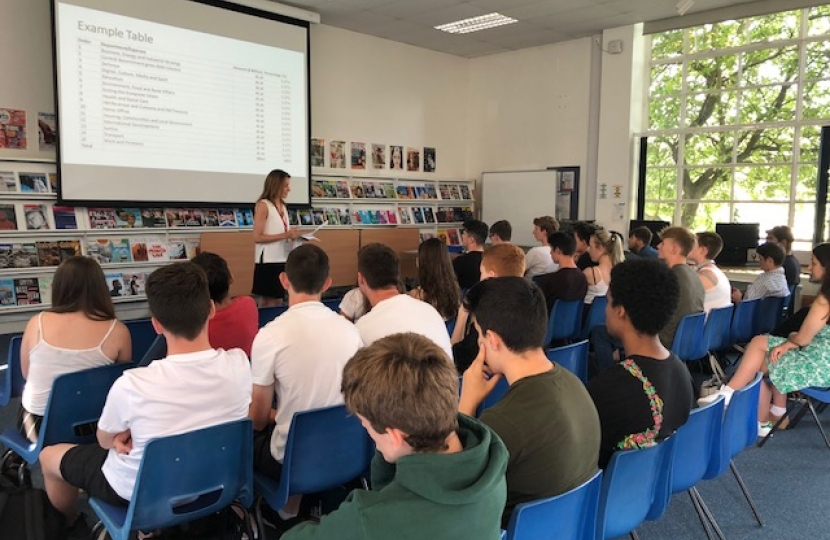 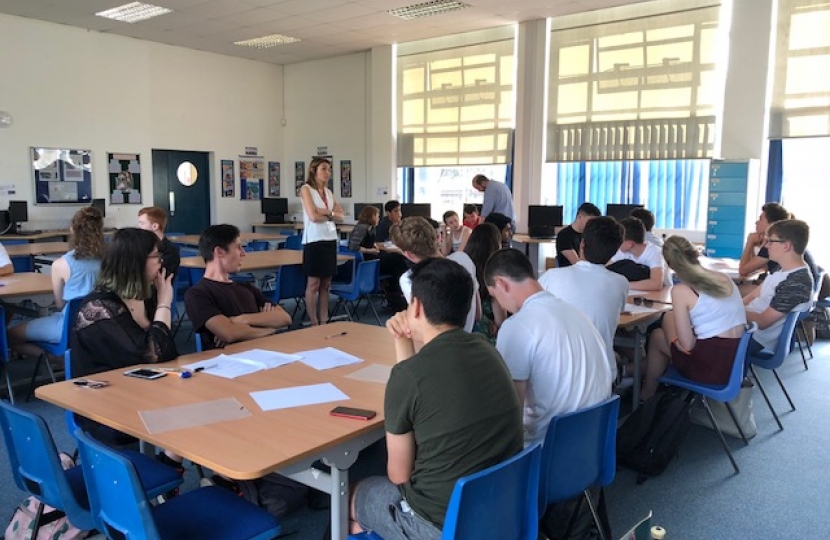 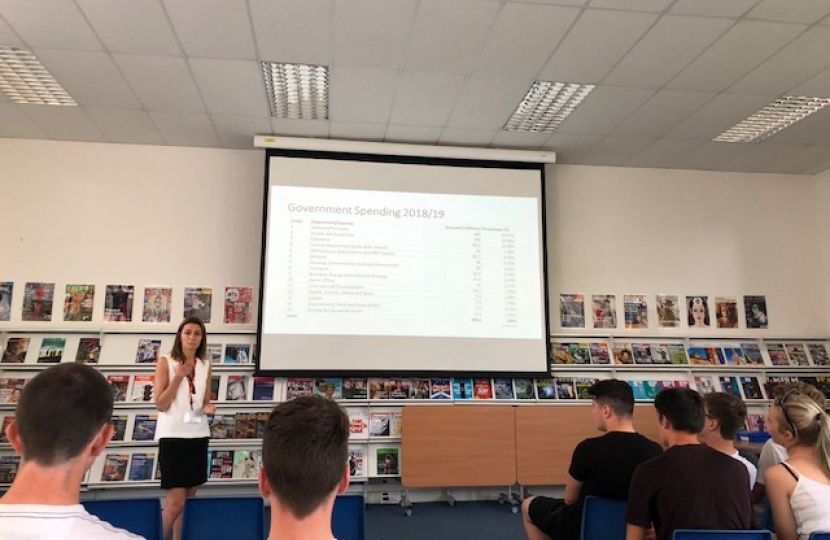 48 Year 12 students from Long Road Sixth Form College had a go at managing public spending as part of an exercise initiated and delivered by local MP Lucy Frazer.

The students were provided with real life data and their task was to allocate Government spending across the various Government Departments.  In break out groups, they had to deliberate over what proportion of available finance should be distributed to health, to defence, to justice, to infrastructure.

In March, Lucy led a similar event with King’s Ely and Ely College students.  This was a broader event introducing politics as a career to Year 9 pre GCSE pupils. On this occasion, in addition to the Government spending task, in which the Year 9 pupils were assisted by sixth formers, local political representatives were invited to address and interact with the pupils.  Such was the success and positive impact of this event, it inspired the idea to take the workshop element to Long Road Sixth Form College.

Lucy said, “At the end of their first year Politics A level course, I hope this workshop helped showcase just how fascinating, challenging, complex and important politics can be.  What a difference every decision has the potential to make and how hard it is to unite a team over which direction to go. I hope the students found the exercise worthwhile and enlightening and that they will be inspired to take their interest in politics further. It was my pleasure to spend the morning with such an interested and interesting group.”