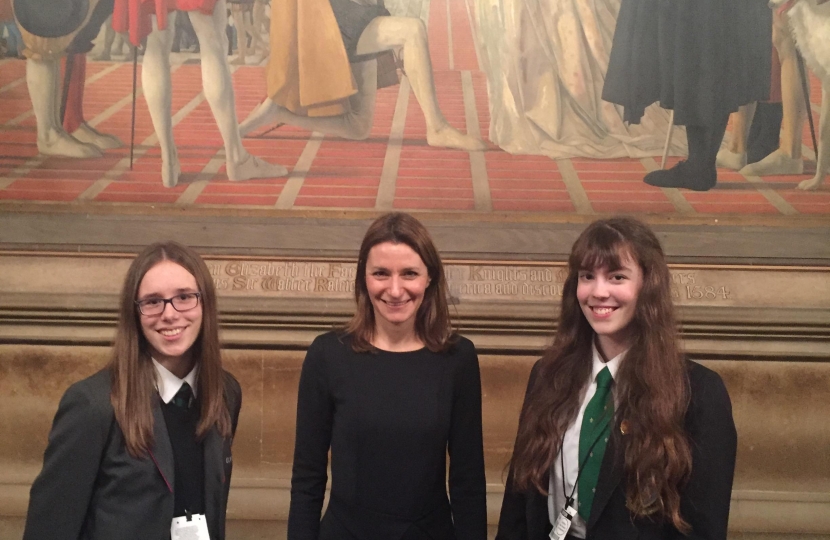 News that the 2018 SE Cambs annual inter school debating competition is to be judged by prominent Judge, Sir Brian Leveson, is sure to spur on this year’s participants.

The competition, pioneered by, and organised by local MP, Lucy Frazer, is now in its 5th year.

As has become the tradition, a debating skills training day held on Friday 7th September at the Cambridge Union, marked the start of the now annual debating season for Year 11 pupils across the region.  Specialist charity ‘Debate Mate’, who seek to improve social mobility through teaching children how to debate, ran the all day workshop.

Thanks to the overwhelmingly positive feedback from those involved in previous years, Marshall of Cambridge, generously agreed to sponsor the training day.

Over the next 3 months, schools across the constituency will run in house heats with the winners being put forward to compete in the final.

This year’s final is to be judged by an actual Judge - none less than the current head of Criminal Justice, the Right Honourable Sir Brian Leveson, best known for his work on  ‘The Leveson inquiry’ into the culture, practices and ethics of the British press following the phone hacking scandal uncovered in 2011.

Lucy commented, “Enabling young people to discover their voice and use it effectively is a life changing skill and I hope that by encouraging as many of our pupils as possible to have the opportunity to do just that will give them the confidence they need once they leave school to put forward their opinions, lead teams and communicate well.  I am so happy that, five years on, this competition is going from strength to strength and that is all due to the commitment and support of the teachers involved from secondary schools across the constituency.  Such is the success, that I am looking to introduce a similar competition for primary school pupils next year.”

Louis Bristow. a student from Bottisham Village College who took part in the debating training day said he had never done any debating before.  When asked why he thought debating was important, he said, “A lot of people have a wide variety of views and we have to understand them to change our own views.”