£2m for A10 improvements business case 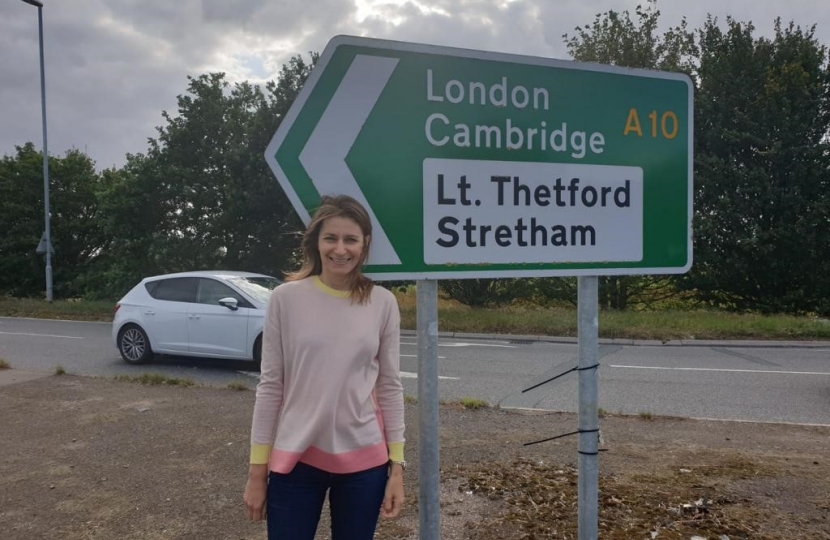 This approval is a significant step forward for the development of the scheme, and the award comes as a result of a bid submitted by the former Mayor of Cambridgeshire and Peterborough James Palmer, which I supported along with my neighbouring MP, Anthony Browne.

I have been campaigning for the upgrading of the A10 since I was first elected in 2015, and pressed for funding with the current Chancellor, Rishi Sunak and his predecessors. I also launched a well-supported petition to upgrade the road when I first stood for parliament.

Soham Station continues to be on track for its opening in early December!