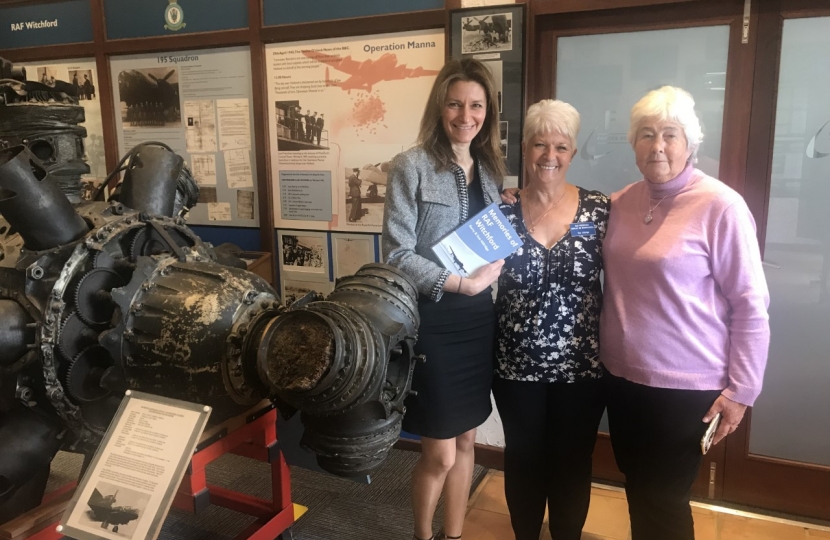 Ahead of the 75th anniversary of D-Day and the Battle of Normandy, Lucy Frazer MP took the opportunity to visit RAF Witchford Collection and Memorial.  This is a small but fascinating and significant museum on the former site of RAF Witchford which served as an airfield during the Second World War. Curator Sue Aldridge treated the local MP to a private tour.

Lucy said, "I was very moved by my visit.  As we approach the 75th anniversary of D-Day, we remember those who sacrificed so much in pursuit of the peace and freedom we are now lucky to enjoy. I was pleased to see that there is an opportunity to pay respects at a memorial dedicated to those who died flying bombing missions over the continent in WWII."