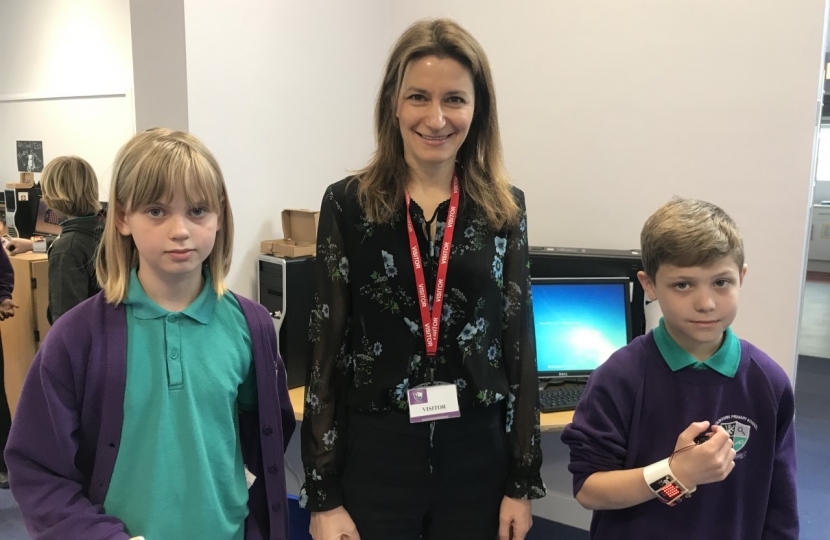 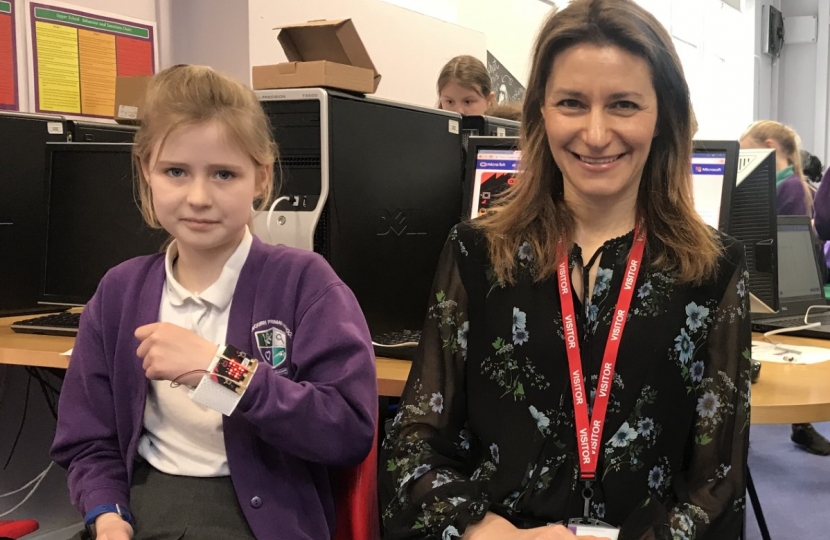 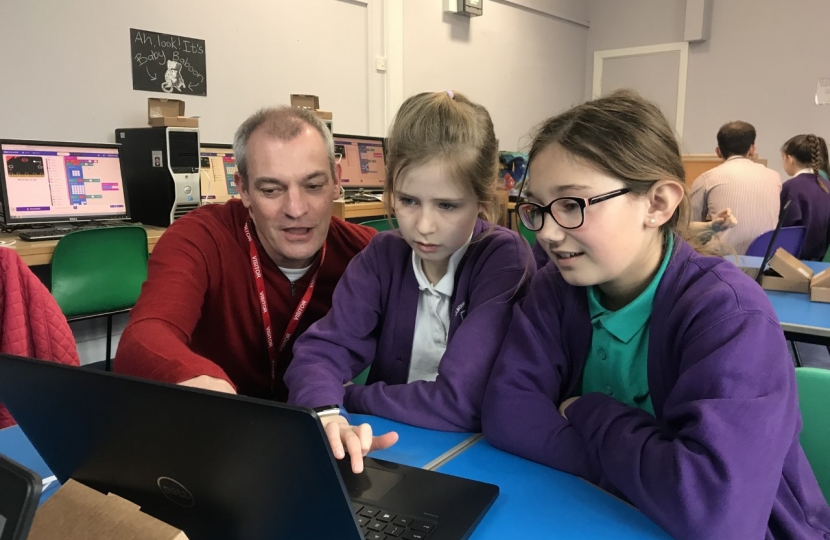 The micro:bit is a tiny, programmable computer designed to make coding easy and fun for beginners. Pupils used Javascript coding blocks to programme micro:bit LEDs to light up with a rock, paper or scissors image. An image was activated at random every time the device was shaken three times to stimulate the start of the game.

After a short introduction to the technology, the MP watched as the children quickly got to grips with it. Once they had programmed their micro:bits, they attached them to wrist straps to play the game against each other.

The local MP was impressed with the children’s enthusiasm and their ability to use coding in a creative way.

ComputerXplorer's Andrew Green said, “British Science Week encourages people of all ages to engage with science, technology, engineering and maths, and it was great to help Fulbourn Primary get involved. Our ‘rock, paper, scissors’ workshop is especially popular with children because it’s so competitive and interactive! They use important coding skills while having lots of fun, and we believe it provides a great foundation for future learning.”

Lucy Frazer added: “I was delighted to be able to join today’s ComputerXplorers workshop at Fulbourn Primary School. Whether or not our children are interested in a specific career in science or technology, it is increasingly useful to understand its importance in so many sectors. Introducing children to computer programming from a young age can only enhance their future prospects and I was extremely impressed by how quickly the pupils at Fulbourn Primary grasped the concepts they were being taught.”

ComputerXplorers’ Programming for Primaries initiative has been running for six years. This is the fourth time it has been held in conjunction with British Science Week. To date, more than 1,700 children and 100 teachers have benefitted from free workshops and CPD sessions offered as part of the scheme.

The ‘rock, paper, scissors’ workshop is aligned with British Science Week’s core goals and is geared towards primary school children aged eight and over. It teaches basic coding skills while stimulating children to stretch their abilities and try new things.

Over the last week I have been contacted by constituents from across South East Cambridgeshire who have expressed their concern and frustrations about not being able to book a Covid-19 test.