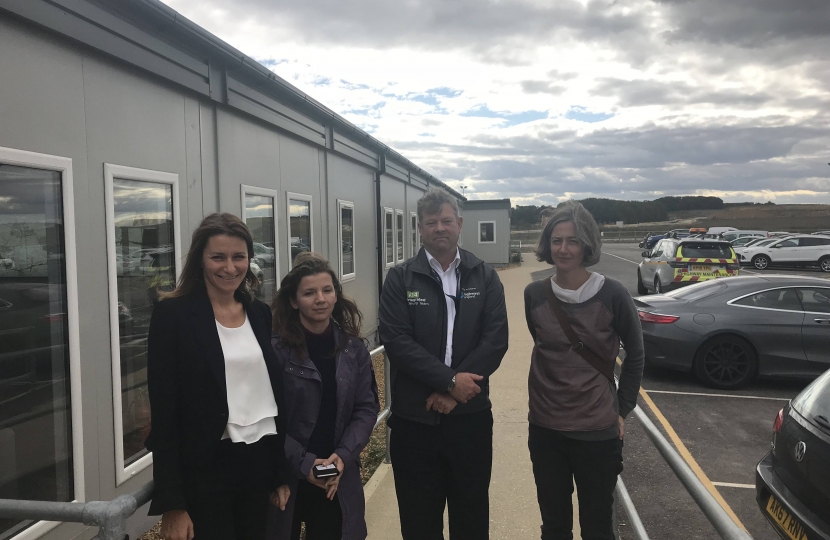 MP for South East Cambridgeshire, Lucy Frazer, has written to Roads Minister, Jesse Norman MP, to ask for his intervention regarding works on the A14.

The letter states that following months liaising with Highways England in an effort to improve the situation for residents, the ongoing concerns have now made it necessary to escalate the matter.

“Since construction work started, in April 2018, my constituents in Impington have had significant concerns about how the project has been handled by Highways England and I have spent a number of months liaising with the A14 Project Manager seeking to improve the situation for them. Given that there are continuing concerns I feel that it is necessary for me to escalate the matter to you in the hope that together we can ensure that the rest of the project does not cause a similar level of upset to those living closest to the works.”

Concerns raised in the letter include the noisy night works which continue to cause great distress. The MP raises residents’ complaints that “promised mitigation measures, including temporary noise barriers, have either not been used or proved ineffective.”

In addition, the MP highlights concerns that no properties in Impington on the northern side of the A14 have been included in the noise insulation scheme; concerns over the high number of trees and other vegetation removed from the site and the need for a commitment to ensure ‘the project does not leave Impington significantly worse off from an aesthetic point of view’; concerns that the project does not include sufficient long term noise barriers and concerns over the lack of monitoring of air quality during construction. The MP explains,“Residents in Impington feel that increase in air pollution at their homes is not being taken seriously by Highways England”.

The letter implores the Roads Minister to take up these concerns with Highways England as well as meet with the MP herself to discuss the matter further.  Whilst acknowledging the importance of the project, the MP asks the Minister for his help in ensuring that constituents gain the peace and standard of living that they have previously experienced both during the works and beyond.

(Photo: Lucy Frazer, MP for South East Cambridgeshire with David Bray, Highway's England A14 project director and Ros Hathorn and Irina Szmelskyj who spoke on behalf of residents of Impington at a meeting in September)