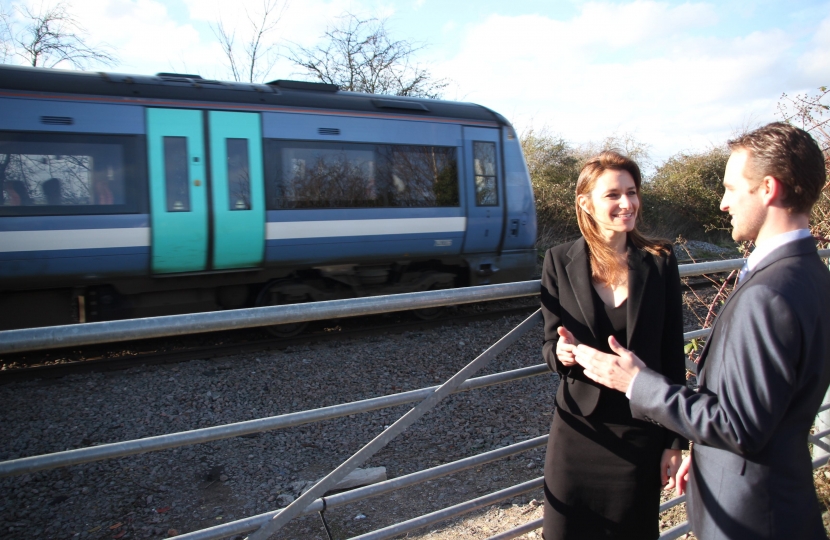 Lucy Frazer, met with County Councillor Joshua Schumann to discuss the potential for a new railway station in Soham and visited the proposed site.

The station was closed to passengers on 13 September 1965, and since then Cambridgeshire County Council, and East Cambridgeshire District Council have been looking into the prospect of re-opening it.  In January 2013 residents were delighted when Network Rail included this as a proposal in their 2014-2019 business plan.

A new station would be hugely beneficial to the town.  It would help attract business and jobs. It will also mean that the opportunities for young people will increase as access is opened up to Ely.  I know Sir Jim Paice has already had a number of discussions with Network Rail and I will continue to liaise with Network Rail to help ensure that the proposal turns into a reality.