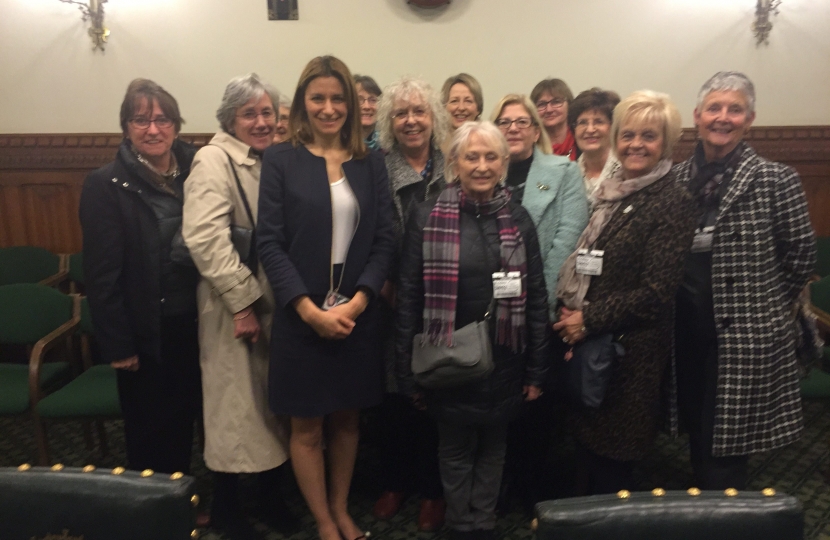 In her weekly column for Ely News, MP for South East Cambridgeshire Lucy Frazer talks about her hopes for the day when women are equal to their male counterparts.

A day when ‘Woman Tipped To Become Next M&S Boss To Take Maternity Leave’ is no longer a newsworthy headline. A day when we have 50% not 22% female parliamentarians across the world and we no longer feel any need to measure or report the statistic. A day when there is no such thing as a gender pay gap. And a day when it would be laughable that double as many men named John occupy chief executive or chairman positions at FTSE 100 companies as do women of all names.

It's a disappointing fact that until last week, with the election of Trudy Harrison as MP in the Copeland by-election, there were the same number of men in the House of Commons as the number of women ever elected.

We have come a long way in recent years. We now have Britain’s second female Prime Minister. Germany, Scotland, Norway and Denmark also have female leaders. There is a female head of the International Monetary Fund and a female Chair of the Federal Reserve.  What's more, a recent report shows businesses run by women are reporting higher pre-tax profits than businesses run by men and there are more female entrants to university than men.

But there is still more to do. Often what holds women back is perception and often it is not just self perception but women’s own perceptions of women. An American study by the Pew Research Centre in 2014 found that approximately 41% of American women thought that many Americans weren’t ready to elect a woman to higher office.

Fortunately we are on the right trajectory and I welcome the message of International Women’s Day but I look forward to a future when women are recognised and lauded for what they have done as individuals not for their achievements as women.

Co-incidentally, I had the great pleasure of welcoming a number of local women who do superb work in the community to Parliament this week for a tour. The Ely branch of the Mother’s Union and the Stetchworth Women's Institute are exemplars in how women work together change lives of those in their own communities, and the wider world.