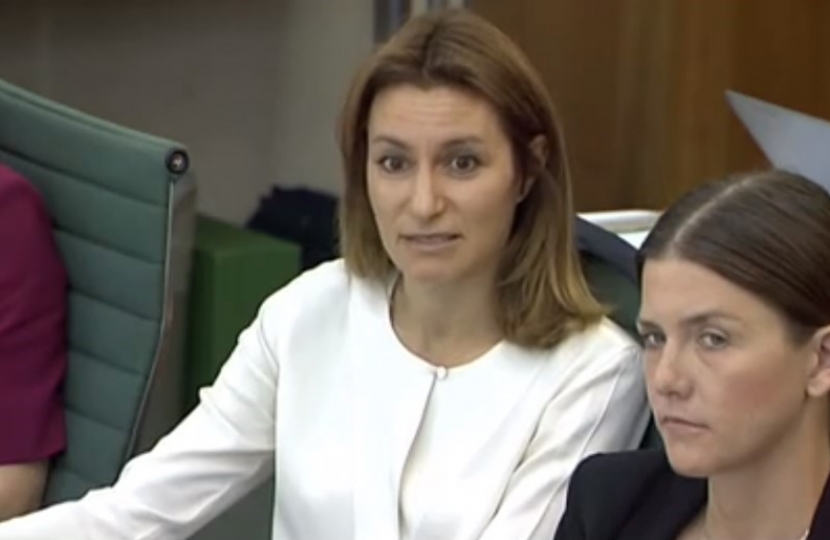 Lucy had the opportunity to ask Secretary of State for Education Justine Greening about fairer funding for schools, an issue she has been campaigning on for some time, in the Secretary of State's inaugural session in front of the Education Select Committee.

Lucy asked the Secretary of State whether, as she had announced on 21st July, she was still committed to introducing fairer funding for schools in the year 2018-19, and reiterated that it is not right that pupils in some areas receive £2000 less funding per head than in other parts of the country. Lucy also asked whether there would be any interim support between now and 2018 and pressed her on the importance to consider the right funding formula for areas of high growth.

The Education Secretary confirmed that she was committed to this timetable, stating:

“The first thing I should say is that we are committed to bringing forward fairer funding. It is important and in a sense we have allowed the system to steadily get more and more out of date. It is time to not only generally look at how it can work more effectively".