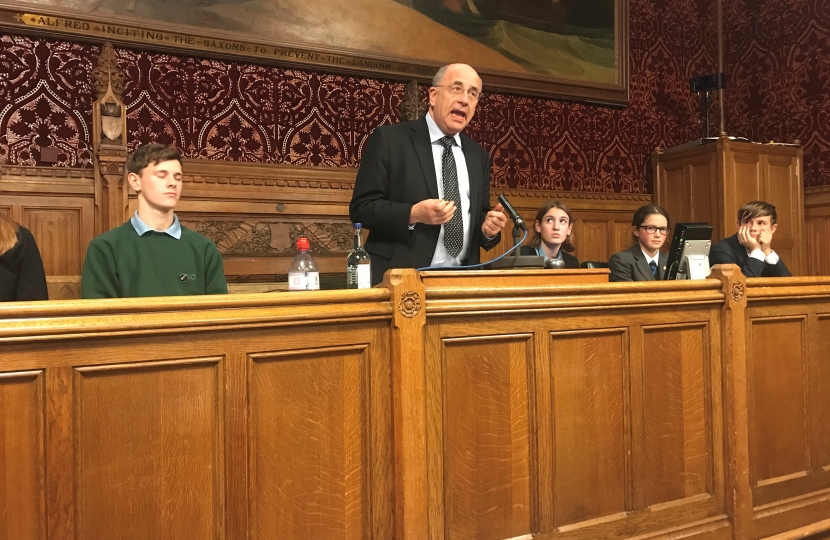 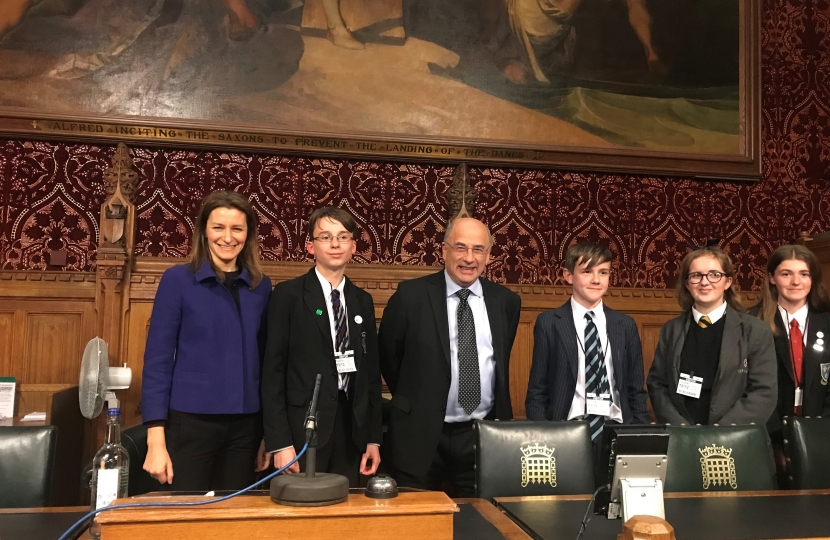 “This house believes that referendums are a good way of making political decisions.”  Such was the motion debated by finalists from schools across South East Cambridgeshire in the 2018 final of the annual inter-school debating competition.

Whilst Westminster was grappling with the fallout of the 2016 referendum, students debated the pros and cons of this form of direct democracy.

Also on the table was the motion, “This house believes that the use of mobile phones and tablets should be permitted in the classroom”.  Arguments in part derived from their own experiences dominated lively exchanges.

The Teams made up of students representing all 7 senior schools in the constituency put forward convincing arguments both for and against these debates, and all excelled at arguing their cause in a measured and compelling manner.  Other students from the schools also spoke from the floor.

Judging the competition was head of Criminal Justice, Sir Brian Leveson, best known for his work on ‘The Leveson Inquiry’ into the culture, practices and ethics of the British press following the phone hacking scandal in 2011.

Sir Brian commented, “I was delighted to be involved in this competition and a real pleasure to watch students from Cambridgeshire schools demonstrate impressive debating skills.  It was particularly relevant and exciting for them to be able to do so in the prestigious surroundings of the Palace of Westminster.”

Mrs Jane Dowman, English Teacher at Witchford Village College, said “We at Witchford Village College, both students and staff, have been delighted to participate in this prestigious event. This has been a most wonderful opportunity for our students to learn new skills and develop their confidence in public debating. We are most grateful to Lucy Frazer and her team for organising this excellent learning opportunity which has developed further our student’s aspirations.”

Lucy Frazer MP, who started the competition in 2014, added, “I am extremely proud of the students who took part in this year’s debate.  Listening to one another and being able to make reasoned arguments are both important life skills and I have been encouraged year-on-year by the high quality of debate and the support the competition has received from both students and teachers.

“The standard of this year’s debate was outstanding and my congratulations go to this year’s South East Cambridgeshire senior school debating champion Alex Lee, from Witchford Village College, as well as runners up Georgia Gabb from Ely College, George Collier from King’s Ely, and Gemma Bridges from Soham Village College”.