Ely Standard column: Why debating is so important for the county’s young people 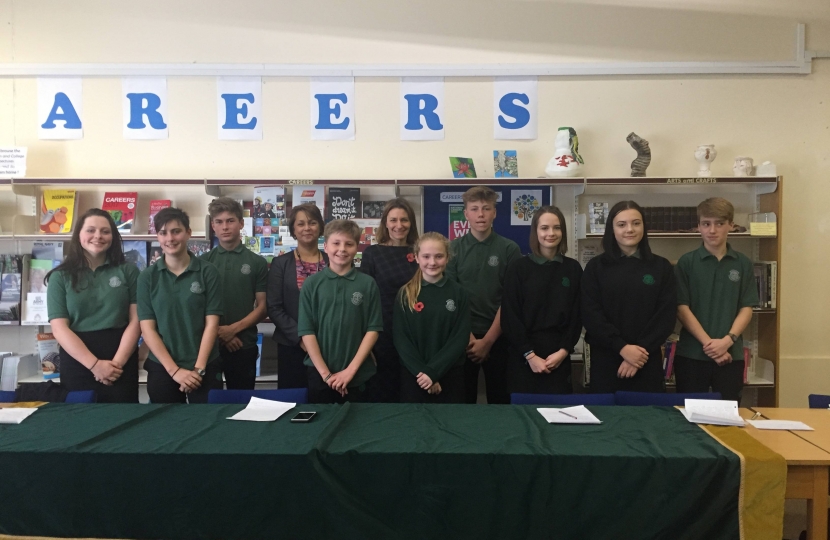 Survey after survey shows that employers value ‘oral communications’ when looking to fill their jobs and yet evidence shows that one of our biggest phobias is speaking in public, apparently even worse than the fear of death.

It has been said that Warren Buffet, when at college, was ‘terrified of getting up and saying [his] name’. He forced himself to tackle this fear when he was 21 and engaged in a course of public speaking. Without this skill he could never have been the success he is today.

I think there are huge advantages, not only of giving our school children the skill to speak in public, but also the ability to enjoy addressing a crowd.

So, four years ago, when I was a Parliamentary Candidate, one of the first things I organised was an inter-school debating competition, where students from all secondary schools in the constituency had an opportunity to compete in a debate in the House of Commons in Westminster.

I hoped that this would encourage students who had never spoken willingly in public before to try their hand at public speaking. I am so proud of all those who have stood up to the challenge. I know that some schools are now taking part in regional and national debating competitions and huge credit should go to their teachers for taking this forward.

Over the last few weeks Ely College, Kings Ely, Bottisham Village College and Impington Village College have debated motions on ‘the pros and cons of social media’ and ‘the question of student tuition fees’.

Over the coming weeks, Soham Village College, Witchford Village College and Linton Village College will also be debating these motions. I really enjoy watching and judging these competitions alongside the respective head teachers and seeing the great talent that lies within our local schools.

I was so pleased to hear Katie, one student saying she enjoyed the competition “because it can ignite a passion for speaking and give you an insight into what jobs or future you want”.

The final of the competition will take place, once again, at the House of Commons and this year students from across the constituency will debate whether we should legalise drugs. We are privileged to have special correspondent at the BBC, Lucy Manning, to judge the final. Best of luck to all those involved!