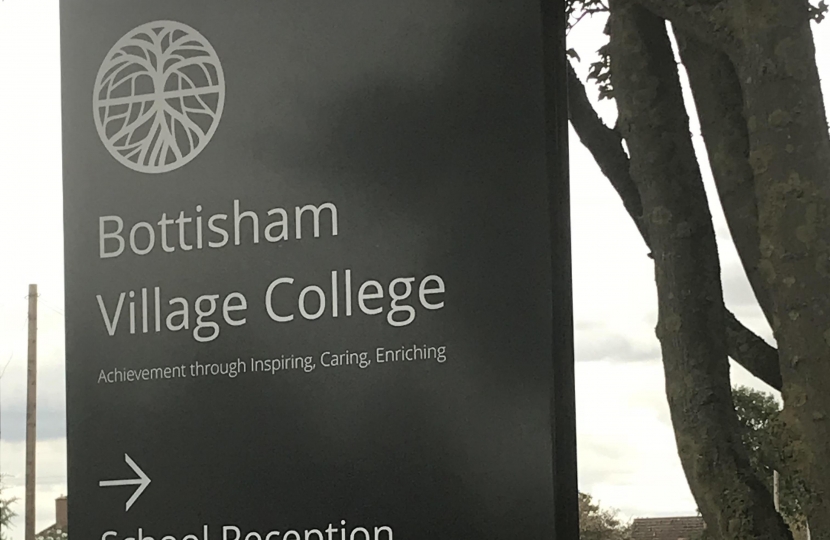 Bottisham Village College was the first school to hold their in house heat in this year's competition.  Students debated whether or not mobile phones should be banned in schools.

Lucy Frazer MP who started the competition in 2014 was one of the judges at Bottisham.  She said, "It was a fantastic debate and I look forward to seeing winners, Jade and Joe, in the final at the end of the year.  Well done to all involved.  The standard was extremely high. I must pay tribute to a couple of other students who really stood out; Polly who put in a great performance despite being two school years younger than most of those competing, and Anis who showed real team spirit."