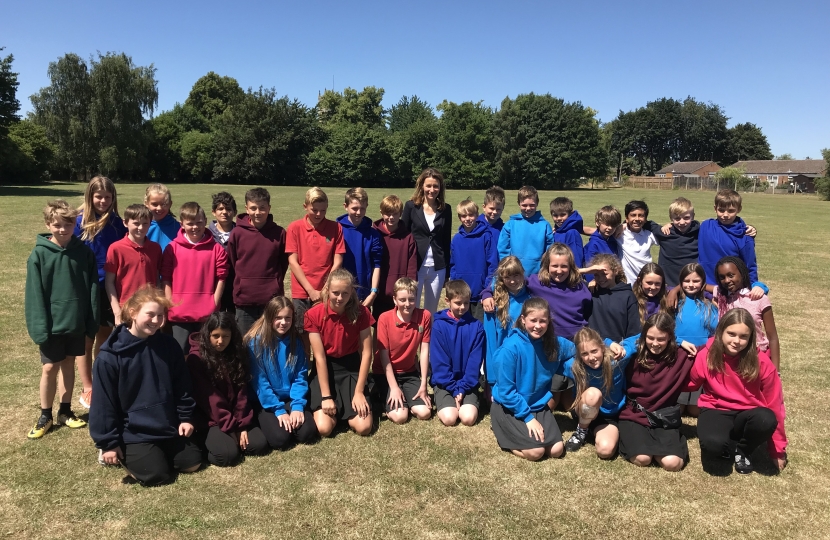 Headteacher of Bottisham Community Primary School, Rachael Johnston is keen to get pupils interested in politics and engage them in the parliamentary process.

Last week local MP, Lucy Frazer, visited the school and spoke to the Year 6 pupils about how she got involved in politics and her role as an MP.

Bottisham are one of the first primary schools to sign up to the primary inter school debating competition that Lucy is organising for the first time this year.

Following the success of the annual secondary school debating competition which Lucy established in 2014, the MP is now encouraging pupils of primary school age to take up debating!

The first rounds of the competition will get going in the Autumn term and considering her recent visit to Stretham School where pupils were evaluating the pros and cons of expanding the A10 and her visit to Bottisham, it looks like this initiative should be very well received.

Lucy said, “Politics is too often considered only of interest to adults. It is by interesting children in politics at an early age that they will engage in the political process as they grow older and become politically active individuals. Both Bottisham and Stretham Primary Schools are really leading the way in this and showing just how interesting and relevant politics can be to children aged 10 and under.”